Ever wondered why you feel different sometimes when high?

Sometimes you want to talk, and you’re extraordinarily chatty or active.

Other times you primarily want to get into your pajamas, roll in a thick blanket, and listen to slow music until you sleep off.

Certainly, you have wondered why sometimes you are happy or positive when high, and other times you are paranoid, angry, scared, or insensitive.

Well, today, we explain this.

The effects of the use of marijuana, the high feeling, depend on many things but mainly on the strain of cannabis used.

What is a cannabis strain?

Essentially, strains are the different breeds of the cannabis plant.

They are three main breeds or types of cannabis: Indica, Sativa, and hybrids.

Research, however, shows that there is another rare strain of cannabis named Ruderalis.

The names of these cannabis breeds are derived from the physical and chemical properties of the plant.

Among the many are two dominant ones, cannabidiol (CBD) and tetrahydrocannabinol (THC).

THC is the main psychotropic compound in cannabis. This compound is responsible for the intoxicated, high feeling that people associate with the use of marijuana.

CBD is a psychotropic, non-intoxicating, and non-euphoric cannabinoid.

Being non-intoxicating means, it won’t get you high. It is, however, known to help reduce pain and inflammation.

Strains are named depending on which cannabinoids are dominant in the plant.

For example, indicas are known to be higher in CBD, while sativas are higher in THC. Hybrids are a mixture of the two and can vary.

This strain or type of cannabis is believed to originate from the Hindu mountains of India, near Afghanistan.

The common name for marijuana, ‘Hindu Kush,’ is derived from this.

The cold and mountainous climatic conditions in which they best thrive give the plant a bush-like appearance.

They have darker, rounder, and fuller leaves, and their buds tend to grow in clumps.

Cannabis Indica has a higher CBD content compared to THC.

This means they have less psychoactive properties and induce more relaxation and pain relief.

So yes, you will get high when you use this strain, but not so intensely.

The high derived from indica plants is customarily termed a ‘body high’ and is associated with a relaxed and composed feeling, almost like a sedative.

Because of its sedative-like properties, cannabis plants from this strain are used for medicinal purposes.

The strain is known to combat migraines, seizures, anxiety, nausea, pain or inflammation, seizures, and anxiety.

In addition, there’s a medication known to contain CBD and used to treat some kinds of epilepsy.

It is also usually consumed or prescribed in the nights or evenings for people dealing with insomnia.

It is the most used form of cannabis and has more applications.

The plants in this strain look physically slim and grow very tall with relatively long and thin leaves.

Compared to the Indica strain, plants have a lighter green shade and a less dense overgrowth.

Unlike the indica strain, the buds are featherier and more prolonged in appearance.

Cannabis plants from this strain have leaves with long and narrow blades.

Generally, the appearance of these plants is less bushy and sparse, allowing unrestricted airflow around and between the plant components.

This, in turn, leads to healthier growth and little or no risk of fungus.

Cannabis sativa has higher THC levels than indica and lower levels of CBD.

This means that they have more energizing effects and are often consumed by recreational users.

Unlike indicas that give a body high, sativas give a head high, and users usually consume these in the morning and afternoon due to their energizing effects.

People often use cannabis from these strains to get energized, focus, be more productive and alert.

Because of its mood-lifting effects, weed from this strain is used to deal with depression and exhaustion.

The strain is also known and described to relieve mood disorders like ADHD symptoms.

With the legalization of marijuana in various states, there has been intense research into the plant’s effectiveness and the effective ways of getting the best out of it.

Based on this research, hybrid strains are made by cross-breeding two strains of cannabis in an attempt to get the best out of both.

In states where marijuana is legal and extensively researched, weed from this strain is the commonest on the market.

Hybrid strains are usually described and named based on the dominating effect.

For example, Indica dominant hybrid strain is more likely to provide the sedative effects of a body high.

This strain is the least used of all strains.

It is an uncultivated strain of cannabis and doesn’t require much care to germinate or grow.

Usually referred to as ‘bush,’ this strain grows wildly and is known to adapt to harsher climates and environments.

Plants from the Cannabis Ruderalis plant are very short in height.

They are often between 30cm and 80cm when fully grown, shorter than the cannabis indica.

They are, therefore, sometimes referred to as bonsai or dwarf cannabis.

In addition, they are auto-flowering plants, which means they flower based on age and not on lighting conditions.

Differences Between Sativas And Indicas

Sativas, and Indicas have physical and chemical differences.

These differences are in chemical composition, physical appearance, growing, and reproductive patterns.

The differences in their botanical and growth patterns are highly associated with the different environments in which they thrive.

Cannabis sativa is relatively long and has a less dense overgrowth because of the tropical climates they are exposed to.

It is also believable that human intervention and modernized plant cultivation have noticeable effects on the Sativa and indica gene pools.

These factors, however, have no or little impact on the Cannabis Ruderalis since it is a wild plant.

It is important to note that it is almost impossible to find pure indicas or sativas on the market.

Therefore, hybrids are the commonest of the strains on the market, with some being indica dominant and others Sativa dominant.

Below are some details about the weed types that lie under this strain.

This type of cannabis blooms with a shade of purple. It also has a grape and berries aroma.

It has other names like GDP or granddaddy pups.

It gained popularity around 2003 and is mainly used for medicinal purposes by people with insomnia.

This is an indica dominant strain used vastly for pain relief.

It flowers after between 7 to 9 weeks and is known to give big yields.

It has a high characterized by a relaxed and euphoric feeling.

Read more about Pink Panties strain and get the seeds here.

It is used for both medicinal and recreational purposes and is known to combat issues like stress. It is mold resistant and gives big yields.

This strain is purely indica and offers users a relaxing and sedating feeling.

It is also mood uplifting, making it the go-to option for people dealing with depression or anxiety. It has a pine taste but smells rather odd. Don’t let that stop you.

The name speaks for itself. Using this will leave a user knocked out, almost like being hit with a 9-pound hammer.

Users are advised not to make plans before a hit; it’s close to impossible to escape the shackles of sleep when high on this. It is usually used by alcoholics that find themselves having to nurse hangovers.

Its buds are generally thick or dense. They have a dominant green color with slight shades of purple.

This is an indica-dominant strain known for its sedating and body relaxing effects. It is also a mood lifter and is usually sought after by users seeking to combat racing thoughts and worries.

True to its name, the plant has shades on its buds and traces of other vibrant colors. It is generally good to look at.

It also has a spicy and piercing scent, firm but unpleasant.

Below are some examples of sativa dominant hybrid weed strain

This type of cannabis is famous for its pungent smell, hence the name.

It has a strong odor of gasoline and lemon, which will stick around even after smoking.

Check out tips on hiding that you are high.

It energizes and uplifts users and is usually consumed before a long day in the morning. It is known for having fleshy green leaves and shades of orange, although not always.

This cannabis derived its name from the 2008 stoner movie Pineapple Express.

It is also known for its unique and distinctive pineapple flavor. It is a popular type used all over the legal and illegal cannabis states.

It has energizing and body-numbing effects with plants with densely packed buds resembling indicas.

The buds, however, are tapered and long like any other Sativa.

It also has shades of green and orange. It is one of the few sativas that thrive in cold or cool climatic conditions.

True to its name, this type of cannabis originated from the Hawaiian Islands of Maui before it spread all over the globe.

It dates back to as early as the 1960s and is believed to be one of the first strains that offered a higher THC level.

It has a sweet pineapple flavor and is known for its energizing and uplifting effects.

It grows up to 78 inches and possesses relatively thick buds for a Sativa.

The buds have a shade of a vibrant green mingled with hues of vivid orange.

This Sativa strain is originally from South Africa.

It grew freely on its own in the plains of South Africa and is therefore sometimes ruled as a bush or belonging to strain Ruderalis.

It is energizing and mood uplifting but is also used for medical purposes.

For example, it deals with chronic pain, depression, and lack of appetite. 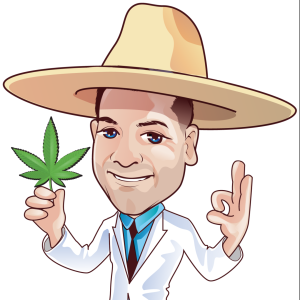 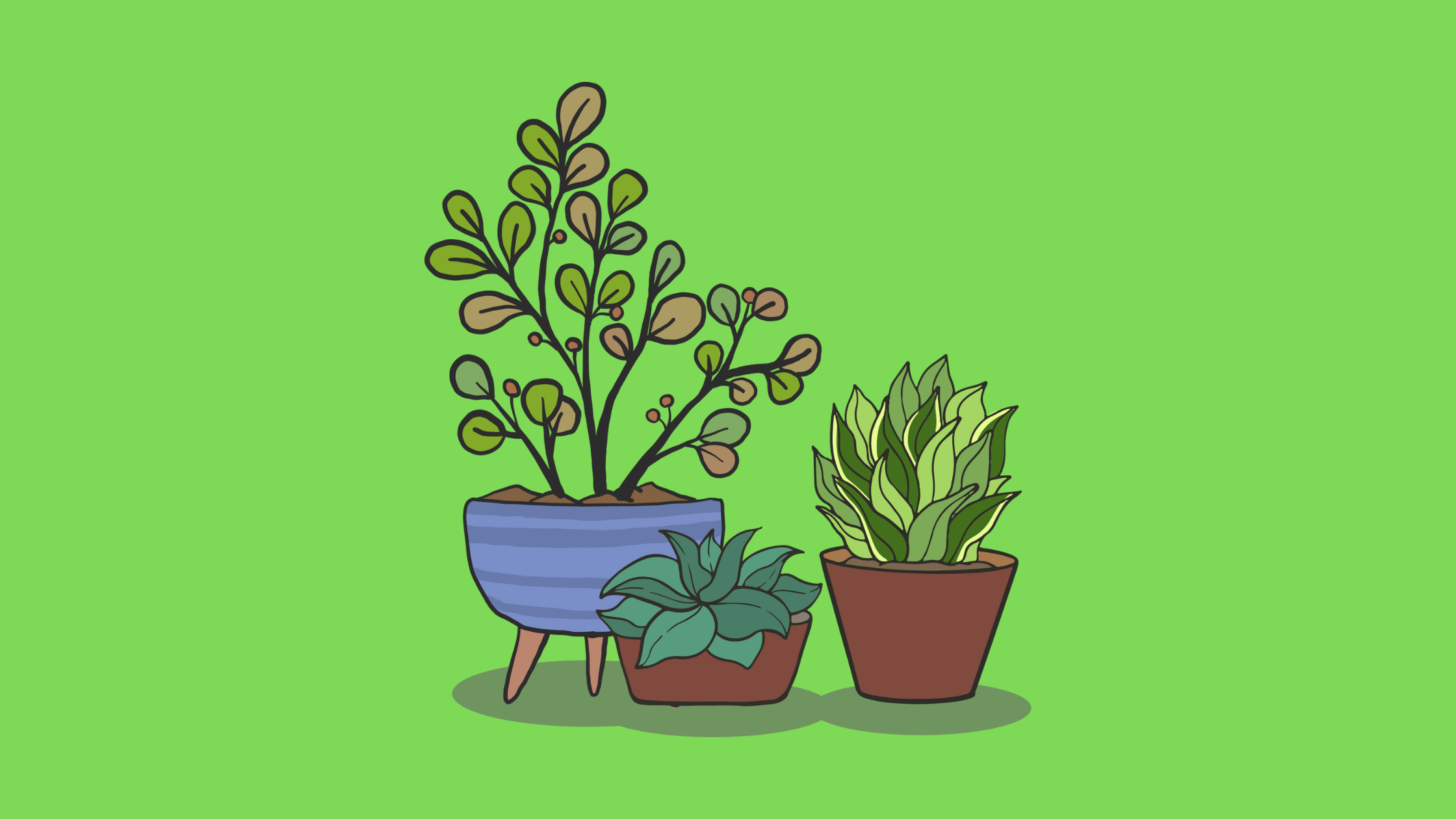 How to Harvest Cannabis Plants Indoors 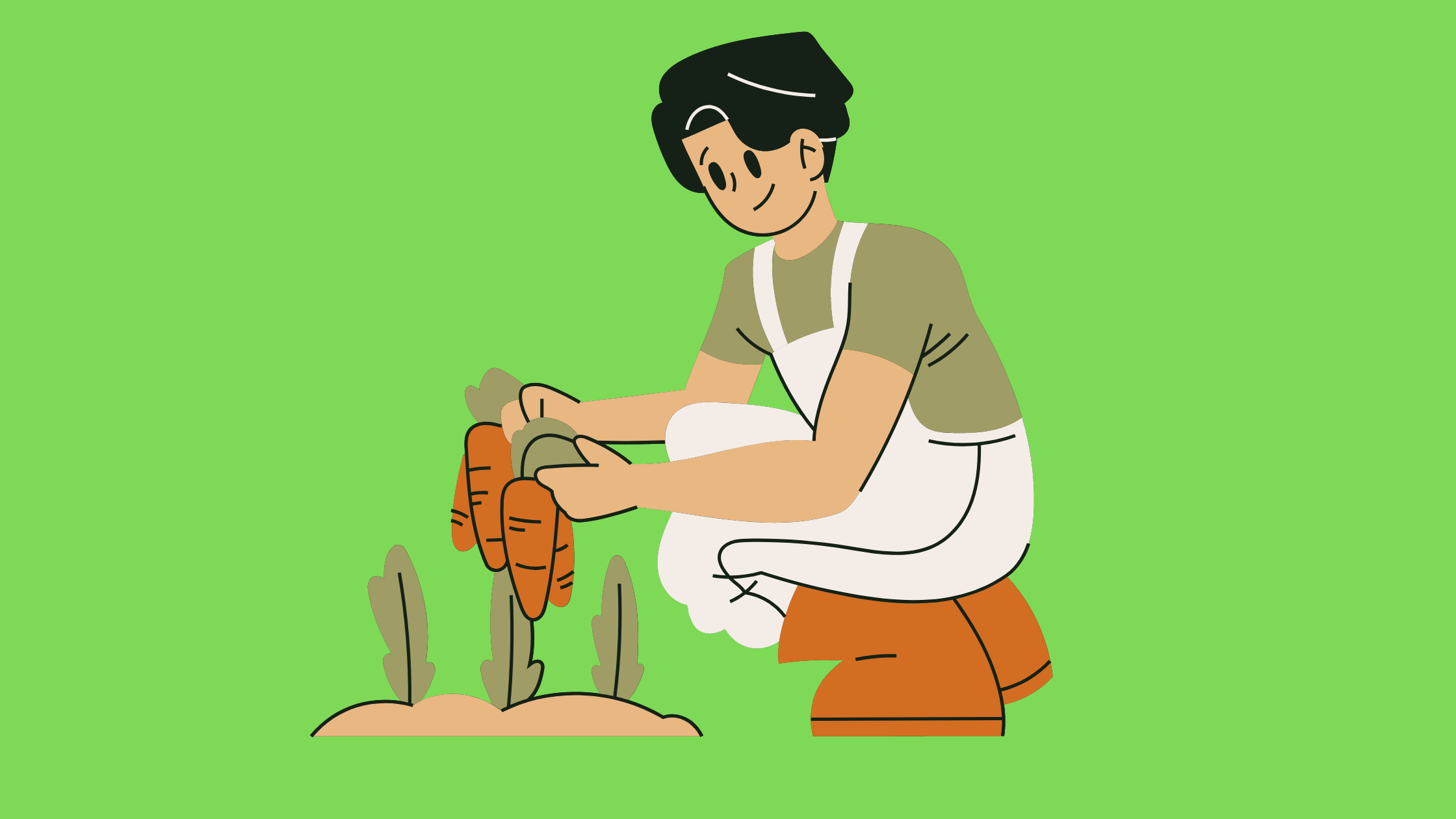 How to Harvest Cannabis Plants Outdoors

Harvesting cannabis plants outdoors is not similar to indoors. The main difference is that when growing your cannabis indoors, you can control all the environmental factors, including temperature, humidity, light, and more. However, when you are growing outdoors, you cannot control these things. Therefore, you will need to know how to deal with them so 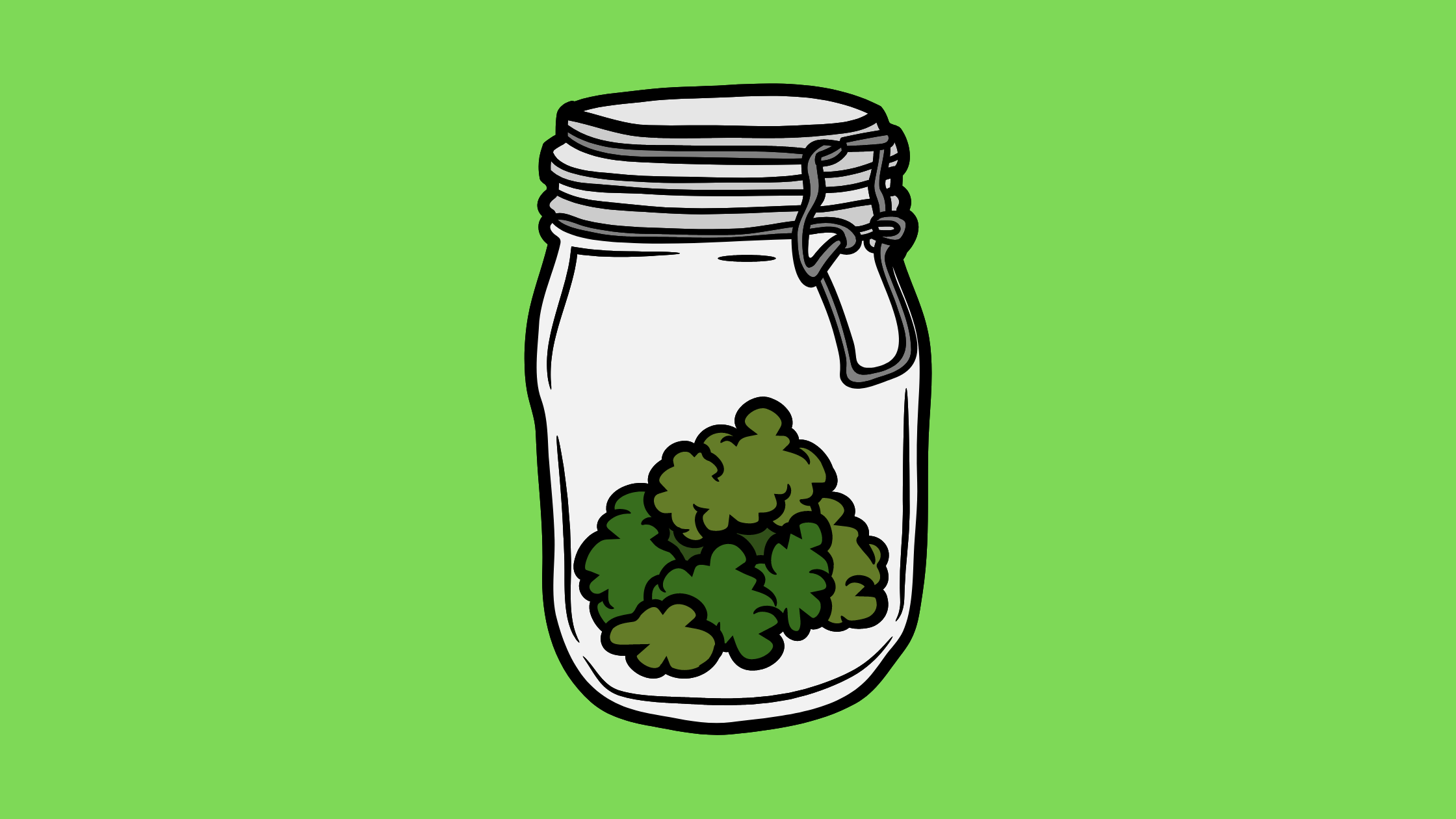 How to Store Cannabis Buds for Long Life and Potency Preservation

After a long journey of cannabis cultivation, it’s finally time to harvest your buds. But the work isn’t over yet. To ensure your cannabis stash lasts as long as possible, you need to store your buds properly. Storing cannabis isn’t difficult, but there are a few key things to remember. Cannabis buds can be stored