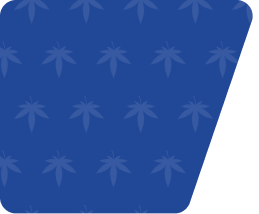 It produces hardy, resinous plants with chunky buds, dark green, and shaped like grapes with bright, thin, and overlong pistils.

They require a lot of care while growing, so they are best taken up by veterans in growing cannabis.

Wookie OG is a difficult strain to cultivate. It is susceptible to powdery mildew and bugs because of its low resistance.

The best growing conditions for Wookie OG are indoors. However, it can also be grown outdoors and in greenhouses.

The outdoor setting should be hot and tropical climate to encourage growth.

Wookie OG takes 8-9 weeks to flower and yields an average of 17 ounces per square meter.

The outdoor yield is expected in early October, with an average of 16 ounces per plant.

The plant grows low but dense. Therefore, it requires pruning during the vegetative phase for the buds on the lower branches to access ample light.

The “mind high,” or the energetic, anxiety-relieving qualities the cannabis delivers, is what draws users of Wookie OG pot to it.

Additionally, users report that this strain encourages creativity and productivity.

The optimum time to take Wookie OG marijuana is during the day because of its energizing properties.

Wookie OG feminized seeds shouldn’t be difficult to germinate; we make it easy with two of our preferred methods: the paper towel method and direct sowing.

No, Wookie OG seeds are not autoflower; they are Photoperiods.

When do Wookie OG seeds flower?

Your Wookie OG seeds will flower in around 8-9 weeks. But keep in mind that photoperiods blossom depending on how much light you expose the plants to. Your seeds will therefore bloom sooner the less time they are exposed to.

Although all our Wookie OG seeds are beginner friendly, we recommend them for growers with Photoperiod growing experience.

How long will it take for Wookie OG seeds to germinate?

If you follow our germination guide, your Wookie OG seeds will germinate in 1 – 5 days.

How long does it take for Wookie OG seeds to go from seed to harvest?

You should be able to harvest in 10 to 16 weeks, depending on your growth environment and light schedules.